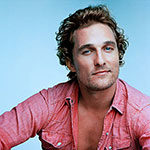 I thought my lower back would be my Achilles’ heel forever. Foundation Training took that thought out of the equation. I feel strong and flexible, and my posture is better than it has ever been. This stuff is just plain good for you. Dr. Eric Goodman worked as the Strength coach for our USA Olympic Water Polo team from December 2007 to July 2008 leading to the Beijing Olympic Games. All of these athletes are world-class and they felt that Eric did an exceptional job of keeping them injury free while performing at a very high level through some extremely tough months of training. In my opinion, this program was very critical to our success in Beijing. The team exceeded everyone's expectations and became one of the great stories of the Olympics by winning the silver medal. We stayed healthy and performed at a high level and Dr. Goodman deserves a good deal of credit. I had been planning a cycling trip down the GDMBT for a couple of years. I am happy to say that my dedication to performing a Founder based routine daily for the year leading up to the trip and then Founders anytime I was off the bike – in the rain, on mountain passes, NM deserts put me in a position where I had literally no spinal/back discomfort at anytime over the 50 days and 4500km of off-road cycling in very remote places. A strong statement coming from a 54 yr old well worn body. I even had a couple of kids imitating me while I was taking a break going thru a reserve in NM. AWESOME BODY OF WORK. It is my go to program for my patients seen daily in my Chiropractic Practice. The Future of Human Movement

As a motocross racer, Foundation Training has allowed me to move more efficiently and effectively on my motorbike. The Foundation Training movements will increase the longevity of my career because they are great for prevention and treatment of many injuries (not just back injuries). On top of that, they will improve my performance because I will be better able to create power using my posterior chain. After reading the book and watching the new DVD, I believe so strongly in the principles of Foundation Training that I just had to express my gratitude through this testimonial. I have had nagging right sided lower back pain for years. My sacroiliac joint was unstable and I’d "throw it out" routinely. Now, if you've ever had back pain, acute or chronic, you know what I mean when I say that when your back hurts, it ruins everything in your life. Being an athlete with medical training, for years I stubbornly pursued many avenues of treatment, holistic and conventional. I read dozens of research articles on the subject, hunted down and visited numerous specialists in several states, and put myself through thousands of dollars of training including dynamic neuromuscular stabilization (DNS), Barefoot Training Certification, Don Tigney’s work, the Egoscue system and even Postural Restoration Institute (PRI) sequences.

In the late summer of 2013, I had an MRI and CT scan performed. My chiro looked at these and thought my spine looked “pretty bad.” My orthopedic surgeon was more admirably direct and matter-of-fact stating “Your spine looks like sh-t.” Here I was, a lifelong athlete dedicated to the pursuit of fitness and health, and I had somehow torn my own back apart in the process. I got pretty depressed.

Sensing an epiphany, I began doing the Foundation Training exercises... I do not exaggerate when I say that within a few days (< 1 week) I noticed that I wasn't throwing my back out. After a few more days, my back felt abnormal...meaning it didn't hurt. It was so strange (and welcome!) NOT to be experiencing nearly constant pain...

Since I began using the techniques in Foundation Training, I have remained free of the back pain and instability that had plagued me for years before. Interestingly, my left knee, quite commonly a source of pain, also stopped hurting. This latter tidbit may seem odd at first, but the knee’s function is strongly influenced by central (core) body control. I incorporate parts of the system regularly in my daily life…sometimes just a couple of movements and sometimes a whole sequence. For people who have back/hip/neck pain, I strongly recommend Foundation Training because it really hits at the essential components of human movement and function. For people who don’t have pain, I recommend the practice because even if you are pain-free now, you are probably well en route to developing it as pain is a pretty late sign of long-term dysfunction. To clarify, think of a car with bad front end alignment and an abnormally worn front tire. As with our bodies, the tire wear didn’t happen suddenly, but was a result of a long-standing alignment problem. After a decade of endurance sports racing it was becoming more difficult to move through life without an incredible amount of day to day pain. All traditional medical remedies were failing including chiropractic care, physiotherapy, prescription drugs. It wasn't just that I could no longer participate in athletic events - it was to a point where I was (1) having difficulty being active with my kids, and, (2) I was considering the very real possibility of having to give up my career as a flight paramedic. I came across foundation about four years ago. After reading the original publications I immediately ordered the DVD and began to feel better in a matter of days within starting the workouts. I now do foundation exercises everyday of my life. EVERYDAY. I move pain free now. I am constantly telling everyone I work with who I see suffering the same muscular imbalances and erroneous muscle recruitment systems I used to suffer from about how foundation can help remedy this. More importantly I can now be the active father my children need. Foundation training has given me a new lease on life. I'm a former competitive / pro-athlete now in an office job with all of the aches and pains that came with both. I have been doing Foundation Training for about a year now.

A sincere thank you to you for the best workout I've ever found. The descriptions of what one should be feeling throughout each exercise have made the workouts relevant for me over the long haul, where I can constantly challenge myself to greater and greater strength. My posture is completely transformed; my digestive system operating at peak; my trips to the chiropractor are now just as a matter of quarterly preventative care.

Mere words, but sincerely, I thank you for the tools for physical empowerment! I have had lower back pain for 5 years. Just constant aggravation in the lower back. Also have had numbness in my thumb and two forefingers in my left hand. My lower back pain disappeared after just the first two sessions of learning the movements. I bought the disc set and am currently on my 3rd week of practicing the movements. My hand numbness is 60-70% better and expect that it may very well disappear in 2-3 months. I could not be more sold on your exercises and program. By the way the MRIs indicated that I have a bulging disc in my neck and a herniated disc in my lower back. Eric has created the perfect storm, bringing together evidence-based science and functional training that is second to none. Their approach to building a solid foundation is my prescription for everyone from top athletes in the world to their mothers! Movement is life. Life is movement. And if you are limited in how you move against the constant forces of gravity, it is only a matter of time until you are injured. I know this to be true as I have experienced this roller coaster as a competitive athlete. Not until I retrained my movement patterns did the cycle of injury after injury end. It really is a thing of beauty to see such a brilliant melding of creativity and sports science built into a practical, low-tech program that focuses on posture, core, and fundamental movement patterns designed first and foremost to provide athletes with a solid foundation to apply to their chosen sport. I'll never forget what Derek Fisher said to Eric about why he chose to work with Foundation Training: "I did not hire you to make me a better basketball player; I hired you to make me a better athlete." True, true. I believe Foundation Training may offer the best of all worlds in terms of building a strong core, eliminating back pain, and promoting optimal health that goes beyond fitness.